My old ASUS Eee 1000HEB PC had been running the Windows 8 Developer Preview and I decided to see if I could "upgrade" it to the Windows 8 Consumer Preview via the web installer. I had previously performed some hacks to fix the problem of only 1000 x 600 screen resolution in order to get Metro Apps to work. I used an Intel video driver that I downloaded from Samsung:

I also used a registry hack on the Developer Preview:

The above gave me full functionality but a slightly skewed screen resolution. Nevertheless, the EeePC happily, albeit slowly, ran the W8 Developer Preview.

I decided to try the web installer from http://windows.microsoft.com/en-US/windows-8/download

The installer told me my devices were ok and I was able to get completely through setup using the Express route. Note that I did have a failure and a roll back when I tried the Customized route. Not sure why, but the end result was that I was able to install the Consumer Preview of Windows 8 on my old and dusty ASUS EeePC for testing purposes. After Windows 8 came up for the first time, I immediately installed the video drivers, then ran the reg file (not sure if this is actually needed, but…). Then I rebooted, and then changed the desktop screen resolution to 1152 x 864 which gave me full Metro functionality including apps. Images below illustrate this success story: 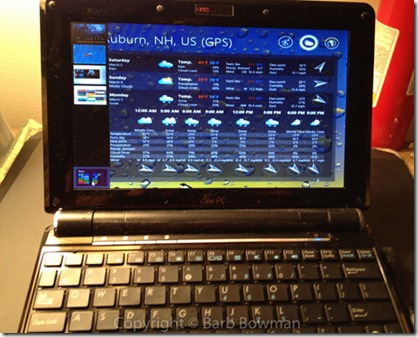 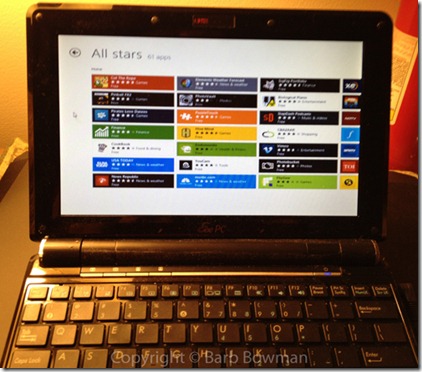 This entry was posted in Windows 8 and tagged Netbook, Windows 8. Bookmark the permalink.